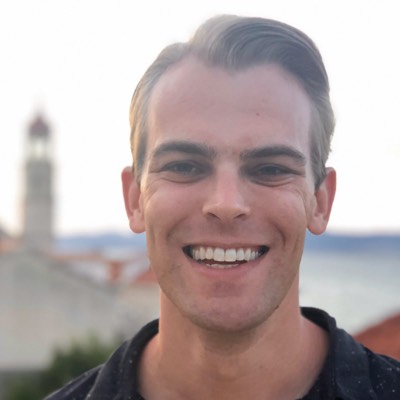 Doug has worked in public service at both the local and federal levels of government. Prior to joining Business for America, Doug worked in policy and external affairs for Andrew Ginther, the mayor of Columbus, Ohio, where he managed several initiatives including Central Ohio’s 2020 Census campaign and the city’s nationwide search for its next chief of police. Before moving to Columbus, Doug lived in Washington, DC where he worked for both the Senate and House of Representatives. In the office of Senator James Lankford (R-OK), Doug led federal personnel and human capital policy. In the office of Representative Scott Perry (R-PA), Doug worked on national security and constituent services.

Outside of his career, Doug has volunteered in youth services including for Star House, a drop-in center for young people experiencing homelessness in Ohio. Doug has an M.A. in international affairs from George Washington University and B.A. in international business from Dickinson College. He resides in Philadelphia.

Our WorkTime to VoteCorporate Civic ResponsibilityMembershipEventsBlog
Thank you for subscribing to our newsletter!
Oops! Something went wrong while submitting the form.
Copyright © 2022 Business for America, except where noted
Privacy Policy