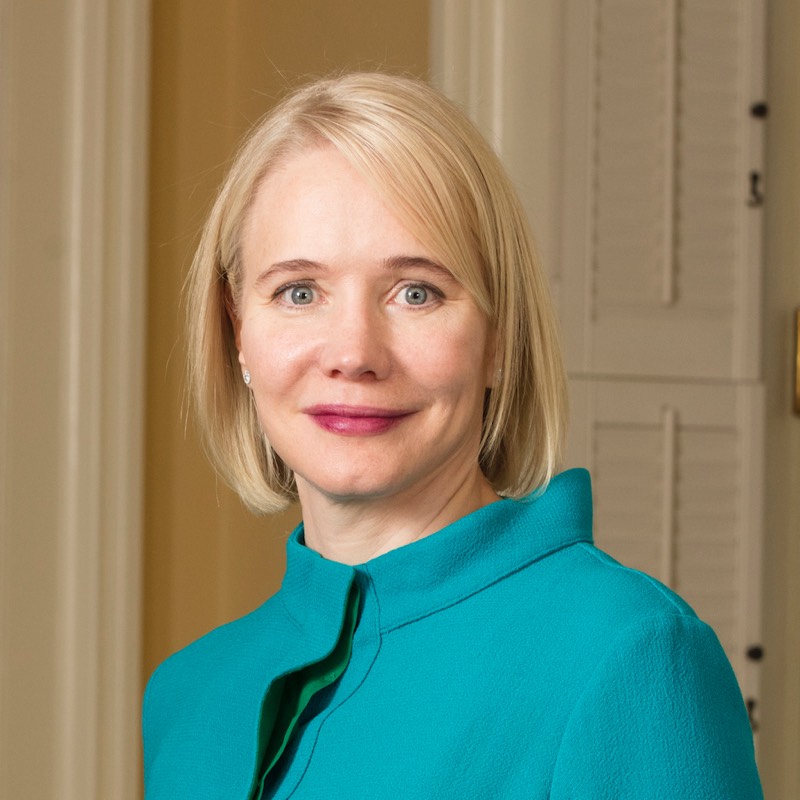 Katherine is a business leader, entrepreneur, author and speaker. Katherine was president and CEO of Gehl Foods, a $250 million high-tech food manufacturing company in Wisconsin where she led an aggressive and transformational growth strategy, receiving multiple awards, before selling the company in 2015—in part to dedicate more time to political reform. Her career includes roles in the private and public sectors including at Oracle Corporation, Bernstein Investment Research and Management, Mayor Richard M. Daley’s Office at the City of Chicago, and Chicago Public Schools. In 2011, Katherine was confirmed by the U.S. Senate to serve on the Board of the Overseas Private Investment Corporation. Today, Katherine describes herself as a political innovation activist.

Over the past decade, Katherine has focused on the urgent need for non-partisan political innovation and reform on both state and national levels. Katherine applied traditional tools of business analysis to the industry of politics for the first time, to uncover the root cause of the dysfunction—the unhealthy system of political competition created by and for the benefit of the political industrial complex. In 2016, she invited Michael Porter from Harvard Business School to join her in this work, captured in the Gehl Porter Politics Industry Theory. They co-authored research and analysis in 2017, titled Why Competition in the Politics Industry is Failing America: A Strategy for Reinvigorating our Democracy. This work has been described as a, “brilliant piece of research,” by the Financial Times; “A superb accomplishment,” by Congressman Mike Gallagher; and “A new paradigm,” by Austin Ramirez, CEO of HUSCO International. Katherine continues to write and speak on this work nationally; informing, engaging and motivating businesspeople and leaders from across America in the political innovation movement. Katherine is a leader on two priority structural election reforms: Top Four primaries and Ranked Choice Voting in general elections.

Katherine is the co-chair of the National Association of Non-Partisan Reformers (NANR), on the board of Unite America, Business for America, and the CEO Fiscal Leadership Council for the Campaign to Fix the Debt. In 2018, Katherine co-founded Democracy Found, a Wisconsin-based initiative dedicated to implementation of the two priority reforms through state legislation.

Katherine graduated from the University of Notre Dame and holds an MA from the Catholic University of America and an MBA from Northwestern’s Kellogg School of Management.