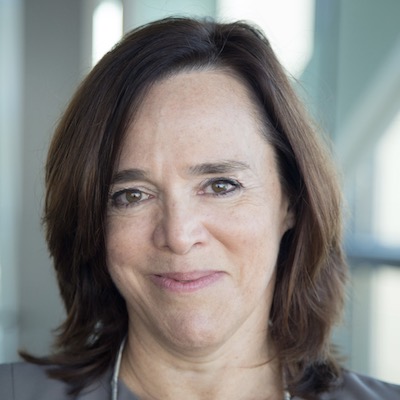 Louise Dubé serves as the Executive Director of iCivics. As the largest provider in the nation, iCivics champions and re-imagines civic education. iCivics is the winner of many awards including Fast Company’s 2017 Top 10 Most Innovative Education Companies, and the John D. and Catherine T. MacArthur Foundation’s Award for Creative and Effective Institutions.

Previously, Louise served as Managing Director of Digital Learning at WGBH where she helped launch PBS Learning Media, a platform reaching over 1.5 million educators. Before WGBH, Louise had a successful career in educational publishing. Louise won the 2017 People’s Voice award from the Diane Von Furstenberg - Diller Foundation as well as the 2018 Civvys - American Civic Collaboration National award from Bridge Alliance. She was also recognized as a 2019 Donaldson Fellow by the Yale School of Management.

Louise began her career as an attorney in Montreal, Canada, and holds a law degree from McGill University, as well as an MBA from Yale University. In the early 1990s, she served as a co-founder of CASES, a New York alternative-to-incarceration program where education helped re-shape lives.