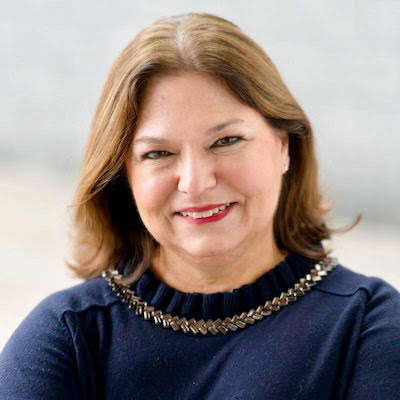 Nancy Bocskor, tagged a “Democracy Coach” by a major German newspaper, “spreads democracy throughout the world… coaching candidates on how to win elections, especially encouraging women to make it into parliament.” She joins Business for America as Director of Development.

Bocskor launched her career in Washington, D.C. after college, starting as a legislative correspondent and culminating as a chief of staff on Capitol Hill by her early 30s. In 1990, she started her own consulting business which has taken her to all 50 states and 28 countries.

She’s a collaborative, results-driven leader who excels at building partnerships and fostering a global network of those who focus on civic engagement, public service, and the development of democracy. She specializes in building long-term relationships and creating compelling stories to engage donors and collaborators.

As the inaugural director of the Center for Women in Politics & Public Policy at Texas Woman’s University, she created the vision to honor pioneering women in Texas politics and policy, commemorate the passage of the 19th Amendment, and launched programs to increase women’s political participation. Most notably, she initiated a half million-dollar partnership between Texas Woman’s University and iCivics, a nonprofit founded by retired Justice Sandra Day O’Connor, to develop a virtual game, in both English and Spanish, to educate students about how to solve community problems through their local government called Counties Work: Texas.

She’s the author of “Go Fish: How to Catch (and Keep) Contributors: A Practical Guide to Fundraising,” based on her experience as a fundraising strategist and practitioner for political campaigns, nonprofits, and associations. She teaches fundraising and courses at the Graduate School of Political Management at George Washington University, the University of San Francisco, and American University.

Bocskor is a frequent political analyst for media outlets, writes op-eds reimagining politics and public service for national publications such as The Hill, and is regularly invited to give keynote presentations and moderate panels focusing on democracy, redefining political leadership, the role of women in activism, as well as the rise of authoritarianism at leading organizations such as The Texas Lyceum at the Bush School of Government & Public Service at Texas A&M and the Open World Program sponsored by the U.S. Congress, as well as on behalf of the U.S. State Department, U.S. embassies, universities, and NGOs on six continents.

She currently serves on the board for Running Start, an organization that encourages young women to run for office; as an advisor for Veteran's Campaign, a program that encourages Veterans to enter public service; and serves on the board of the LBJ Women’s Campaign School at the University of Texas. She’s previously served as a board member at The Campaign School at Yale and chaired the school’s Curriculum Committee. Most recently, she joined the board of POWER (Programs for Ohio WomenEmpowered to Represent) at the John Glenn College of Public Affairs at The Ohio State University.

Nancy served as interim executive director of the Public Leadership Education Network, an organization that prepares college women for careers in public policy. Named “Mentor of the Year” in 2017, she’s a member of their national board.

A native of Ohio, she was just inducted in the Vandalia-Butler High School Hall of Achievement and was named a Distinguished Alumni from Otterbein University in Westerville.